From skull horns to deepfake nudes or a whole new range of accidents that never could have happened before, technology is now increasingly causing physical, as well as psychological problems. How bad is it? And what can we do about it?

Darwin would be proud: skull horns

As far-fetched as it may sound, scientific studies now show that excessive time spent staring at smartphones is physically modifying our bodies; especially younger people’s. Specifically, holding your head tilted down for too long per day can cause your body to try to compensate, by forming extra bone at the base of the skull (top photo, via Washington Post). The thinking is that this surplus weight should help the head redress to its natural upright position.

Although, as the Washington Post explains, the study has been questioned by other academics – notably as one of its authors is a chiropractor who has previously marketed a posture-correcting pillow – the two Australian doctors stand by their work, which has also been referenced by the BBC.

David Shahar, the aforementioned chiropractor and a health scientist at the University of The Sunshine Coast, decided to study skulls when he noticed an increasing number of his patients had these protuberances, or spikes, some measuring up to 30mm. He found that the most likely to have a head horn were 18-30 year-olds: one quarter of those studied, to be precise. And although there’s no possible cause-and-effect proof yet, the fact we now spend around four hours a day looking at our phones – versus 2 hours a day reading in the 70s – has to be a contributing factor.

That said, even Shahar insists the ‘phone horn’ trend is not a major cause of concern. Maybe we should worry more if other studies emerge to back up the Australians’ findings. Or perhaps the very possibility of excessive screen time modifying our skulls should suffice to make us reduce it? (more on that here).

No one could be that surprised that deepfake technology, whereby AI is used to make a video of someone doing or something they didn’t, would be put to bad use ultimately (it’s even been used by an artist to show how bad it could be, by making a deepfake video of Mark Zuckerberg). Noone saw coming another equally nefarious misuse of AI imagery: deepfake nudes are made by an app which processes a picture of a dressed actress to reveal her private parts after a series of very calculated AI-powered guesses. 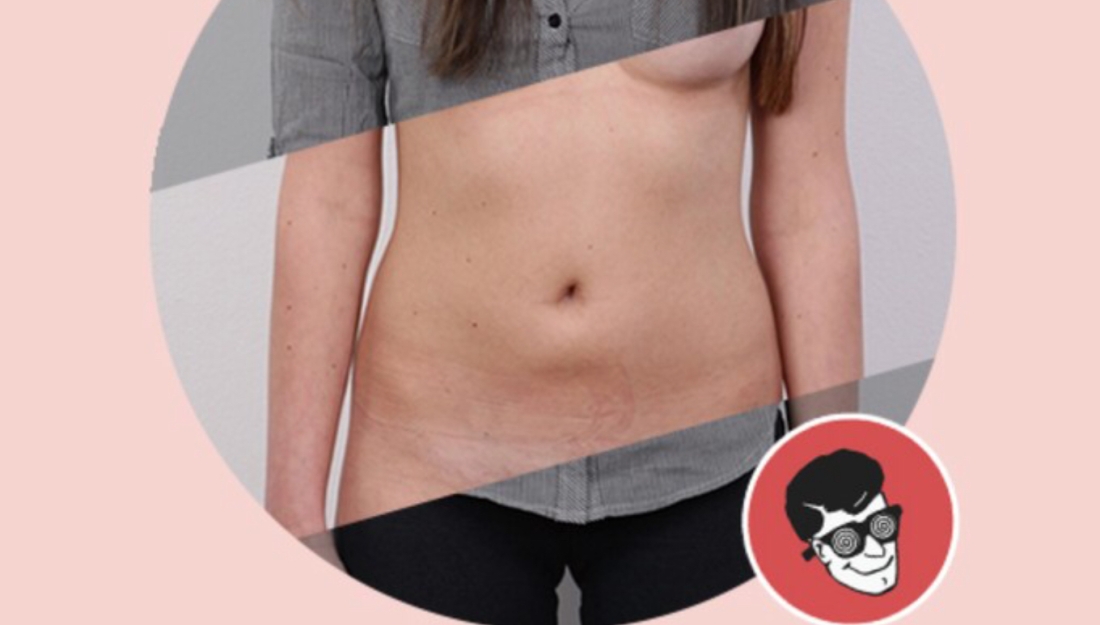 As the developer of the $50 DeepNude app explained to Motherboard, he originally developed it as a tribute to the cheesy 60s/70s notion of X-ray specs. Hence the app’s logo, of a pervy dude in glasses (cf. above capture from app’s website, via Motherboard). Though said developer has now taken down the app, the nude images of famous actresses that Motherboard obtained from testing DeepNude were so convincing that those images have been taken down too (from the article). And most importantly, the precedent has now been set: with apps like these, a fake nude photo can be created in just 30 minutes; nothing compared with the days of render time required for deepfake videos, explains Motherboard.

Phubbing, or ignoring the person opposite you to look at your phone, is one thing. What about accidents caused by the same blind addiction? The mother I saw in the street the other day was just one example: she was too transfixed to see her young son was pushing her brother, in his pram, straight into a parked car. Afterwards (both were fine), she told him to pay attention!

Then there are selfie-caused deaths – another thing Darwin would be pleased with – or the charming case of a pedestrian who got hit by a bike because she was looking at her phone. As The Guardian reports, the cyclist ended up paying a fine of £100,000, simply because the pedestrian filed a complaint, and he didn’t! He now faces bankruptcy, because of someone too addicted to her phone. Okay, he could have been more careful too, and she was crossing on a green pedestrian light. But still!

Not to mention the guy who lost half his face after his electronic cigarette exploded in his mouth: more unfortunate consequences, this time of a different type of tech addiction…

How to take action

Beyond the obvious – here’s our other post on how/why to reduce screen time – there are plenty of other ways to reduce the harm tech can do to our bodies. And it can even be fun!

Such advice abounds from the Center for Technological Pain, a project led by artist Dasha Ilina, and part of the excellent Compter Grrrls exhibition (which just ended in Paris’ Gaité Lyrique and continues soon in Amsterdam). Her tips, which includes yanking peoples’ ears, or facepalming them, to fix their phone posture (thereby avoiding skull horns), as well as a battery of hand-made gadgets like helmets to reduce damage to your body, could all prove helpful one day. What’s more, they’re presented both in the form of a self-defence class, and in hilarious step-by-step leaflets, à la IKEA.

Yes, it’s pretty silly. But the absurdity of Ilina’s humour underlines the depth of our tech addiction, by suggesting karate chops and similar are needed to break it.

We can only suggest you head over to the CTP’s website right now; before tech causes yet more bodily harm…